I woke up this morning and plotted my Friday plans.

If you guessed LAUNDRY, you are exactly correct.  Not only am I doing laundry, but the DIRTY TRUTH is….I’VE BEEN LOOKING FORWARD TO IT ALL DAY! 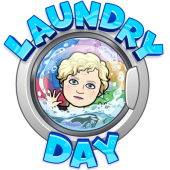 Now, I’m not crazy.  I’m not even a fan of laundry.  In fact, as a single lady with a closet and dresser full of clothes, I often go a couple weeks without doing a single load.  So, why was I excited?  Because….the last time I did a complete load of laundry (meaning washing,  drying, folding/hanging) in my house was on May 18th!

the outlet had burnt a prong on the cord causing it to “kick off”.  Then, I waited. And waited.  In fact on three separate afternoons, I waited for an expected electrician to stop and replace the outlet.  Fourth time is a charm, and on Tuesday the outlet was replaced.  On Wednesday, the repairman returned to replace the dryer cord.  So….on Friday, I was looking forward to washing a couple loads of laundry at my house.

Oh, did I mention that I did wash a load during that month and just placed the clothing

on hangars in various rooms to dry?  Well, guess what I found out during that experience.  It turns out that there was a partial blockage somewhere in the pipes, so the drained washer water went into the shower as well as a bit on the floor.  GULP!

Now, I’ve lived here 20 years, and this has happened a few times.  Each of those times, the homeowner took care of it.

Alas, I told myself, “You have almost a half-century of wisdom.  Man up and take care of this on your own!.”  So….some generic drain cleaner was split into Tuesday & Thursday treatment, and today…TWO loads washed and NO…I repeat NO water in the shower or on the floor.  I told the feline roomies the good news, but they didn’t seem excited.

So, why did I write this?  I mean lately my posts have been a bit bigger and deeper.  Today, I simply want to remind you to be thankful for the mundane 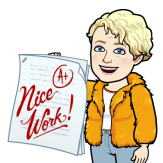 parts of your day.  Be grateful even for those chores you dread.  I mean, I loathe cleaning the toilet, but I would most certainly miss having a toilet to clean.  Grading papers is not one of the highlights of my life as a teacher, but without grading papers I wouldn’t be able to know what my kiddos know and don’t know.  I hate the stench of gas on my hands when I fill my car’s tank, but not having a car would be a challenge.  Not having a job to buy gas for the car would be stressful.

So, the dirty truth is….the unenjoyable and unloved parts of our lives are still HUGE blessings!  So….what mundane chore can you be thankful for? 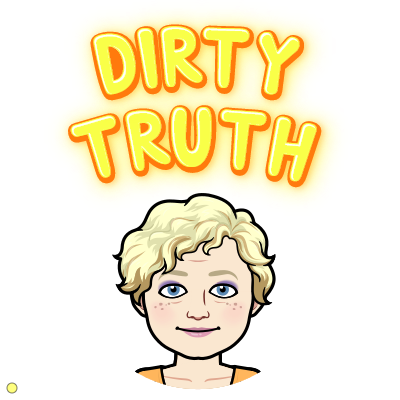 I have had the privilege of teaching elementary students since 1996 at Southwestern Elementary, in Hanover, Indiana. Born in Connersville, IN, my family relocated to Madison, IN, when I was in fourth grade. I've been a resident of Jefferson County ever since. Currently, I live in historic downtown Madison with my felines, RockyTop & BlackTop. View all posts by jodileabooks